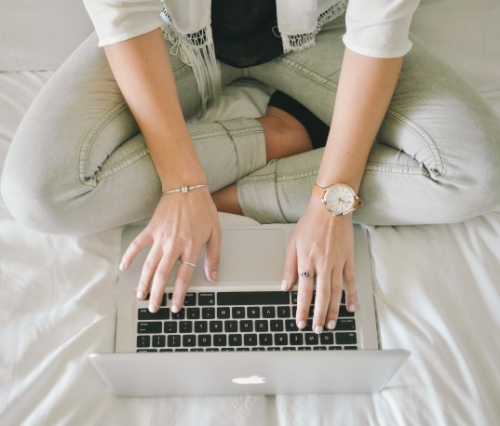 A little while ago I wrote an English lessons blog that was intended to be a helpful and educational piece for anyone who was vetting a new content writer, editing work before it was published, or simply trying to get a good grade on their school test. What I wrote then remains true now, and will do so for the foreseeable future – though copywriting and content marketing will remain to be an essential part of harnessing your online presence, that presence could be damaged if what you post hasn’t been written correctly. Here are some more common grammar mistakes that you should be watching out for in your experiences with the written word.

This one can really drive some people up the wall when they see it out there in the wild. For example, does this look familiar?

Our cars are better, faster, stronger.

Okay? So they’re better, faster and stronger than what? What is the car being compared to? An older model? A horse? Strapping a saddle onto the back of your old boyfriend?

When you’re asserting that something should be considered in comparison to something else, make sure that you clarify what that “something” is. If you don’t, your comparison doesn’t really mean anything.

If you want to use the words “take” and “bring” properly, you’re going to need to know whether the object in question is either being moved towards, or away from, the subject. If you are bringing something toward the subject, then it’s “bring”, and if it’s away, it’s “take”. For example:

This is probably only something that will really turn up regularly in your content if you’re in the health industry, but since I have written in the health sector quite frequently, it’s something that seems important to me. Contrary to ubiquitous misuse, to imply that you are “nauseous” doesn’t actually mean that you feel sickly: it means that you somehow possess the ability to make others feel nausea. For example:

If you find yourself feeling disgusted or sick by the week-old burger, then you are actually “nauseated”.

If you’re writing a sentence with an object in it, you could end up using passive voice. Passive voice happens when the noun in your sentence receiving the action is put towards the beginning of the sentence, rather than the end. A little passive voice here and there is not a bad thing, but try to reduce your use of it wherever possible. Here’s an example to help:

This is an error I see quite frequently. Unless you’re actually terrified of what might happen, you shouldn’t say that you’re “anxious to hire a copywriter”, or “anxious to meet up with friends”. You’re excited, you’re eager, and you’re full to the brim with hopes – but you’re not anxious. To be “anxious” suggests that you are struck by a looming dread or fear – it doesn’t mean you’re looking forward to something.

This one can be pretty tough to get your head around. Generally, words such as “faster” or “rather” are used as comparative objectives, and can show comparison with the preposition “than”. For example:

The word “different” on the other hand, is used to draw distinction. In other words, when “different” is followed by a preposition it should be “from”. There are occasions where “than” is appropriate if it operates as a conjunction, For example:

Dangling modifiers happen when you have a descriptive phrase, followed by a noun that shouldn’t really be described in that phrase at all. For example:

Above, there is no indication of what exactly has been declining for months – for all we know, it could be Sandra’s health declining due to a terrible cold. To fix the issue, flip the sentence structure around:

The word “since” refers to time, whereas “because” indicates causation. For example:

This one is pretty tough to remember, so you will be forgiven if you slip from time to time. Hopefully though, this blog will act as a light in the dark for when you feel totally lost. Lots of people use the terms e.g. and i.e. interchangeably when elaborating on a point, but they actually stand for different things. One adds something to a story through example, whereas the other clarifies what you have said.

Once again, I’ll be leaving the list at this point for now, but if you’d like some more tips, or English lessons then just let me know. Subscribe to my blog to find out more about writing, online marketing and content production. If you’d like to hire a copywriter with a great grasp of grammar, then contact me!